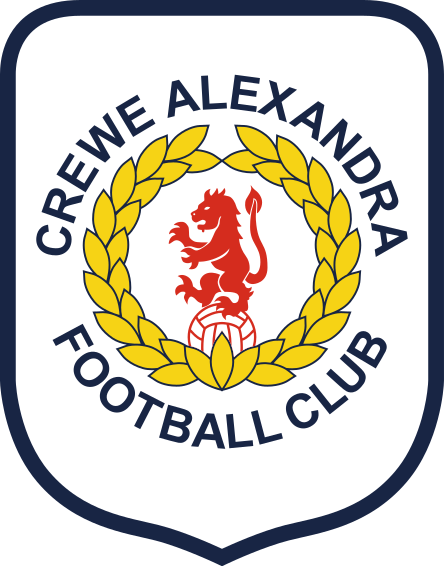 “They make a massive difference, as we saw when Ryan Lowe came in this season. END_OF_DOCUMENT_TOKEN_TO_BE_REPLACED

“I’d love to do it, personally. I’ve been in a coaching capacity in the Premier League at two clubs, Manchester City and Watford but not as a manager. I’ve been in every other division. The Premier League is where everybody wants to be. I’m pleased to be in the Championship with Wolves and we’re very much looking for one of those three promotion places. We’re certainly not underestimating the size of the task.” Kenny Jackett told reporters.

Wolverhampton Wanderers snatched the 7th spot of the English Championship League in the previous season as they went through an impressive season and are one of the candidates of snatching a top spot.

The first league match of Wolverhampton of the upcoming season is scheduled to take place at Ewood Park as Kenny Jackett and his men face off with Blackburn Rovers.

Despite being optimistic about getting a Premier League promotion spot, Kenny Jackett will find it tough trying to compete against some of their rivals in the 2015-16 season, especially now that BakarySako and a few other influential players have left the English Championship League club. END_OF_DOCUMENT_TOKEN_TO_BE_REPLACED

Matt Tootle joined Crewe Alexandra at the age of 8 and ever since then, he had become a regular starter for the English side as he made over 190 appearances for the club but his relationship with Crewe Alexandra has reached it’s end as Matt Tootle decided to join Shrewsbury Town on a free transfer which was completed a few days ago on June 16.

The 24 year old defender was out of contract with Crewe Alexandra and even though he had struggled with injuries and physical problems, Matt was still offered a contract extension by the English League One club but instead he decided to join Shrewsbury Town on a 2 year long deal.

Steve Davies of Crewe Alexandra revealed details concerning the outgoing as the manager said: “I have always got on well with him and had a good working relationship with him. I have spoken to him since; he rang me to pass on his thanks to all the staff at the football club. He has been here a long time it was a wrench to leave the club that has been a secure place for him where he has spent a lot of his life.’’

“He will be missed around the place, he’s a good player, but Shrewsbury offered him a deal that we couldn’t match both in terms of money and length of contract, we couldn’t compete. It was his decision, we left it with him after making him an offer but he has gone with the deal that Shrewsbury put to him’’ END_OF_DOCUMENT_TOKEN_TO_BE_REPLACED

Crewe Alexandra slipped back into the relegation zone after a 5-1 defeat against Preston North End.

The club were hoping to build on the 2-0 victory against Scunthorpe United last weekend. After the match, manager Stephen Davies said that the players should be a lot stronger if they are to avoid defeats like this. This heavy defeat also hurts the club’s goal difference, which could play a major role in the relegation fight towards the end of the season. Crewe Alexandra already have one of the poorest defensive records in the division and this just got worse after this heavy defeat.

The situation does not look good for the team after having managed just one win in the last five matches. This is in sharp contrast to their form during the months of January and early February. During this period, the club suffered only two league defeats and this is the kind of form that manager Davis will be targeting if they are to avoid relegation. Davies was especially unhappy with some of the aspects of the match against Preston. Despite going into halftime with a 2-1 score, Crewe failed to turn up in the second half and were punished by the home team. END_OF_DOCUMENT_TOKEN_TO_BE_REPLACED

Crewe Alexandra go into the weekend’s match against Scunthorpe United looking to get away from the bottom of the table before Christmas.

The team has been on a wretched run of form since the start of the season. Their last victory in the league came towards the end of October. Since then, Steven Davies has been unable to get anything other than draws and defeats from his team.

He, however, is happy with the fact that he has a fully fit squad at his disposal for the tough match against Scunthorpe. Ryan Colclough is the only player who will not be available from the Crewe Alexandra squad for this match. END_OF_DOCUMENT_TOKEN_TO_BE_REPLACED

Football Supporters’ Federation chairman Malcolm Clarke says that television companies should consider limiting the number of live games in order to benefit fans who are actually travelling to the stadium. He has recalled that the 3 PM kick off time for matches is a tradition in English football, but it is slowly being taken away from the fans due to the increase of football on TV. The Premier League is one of the most popular leagues across the world. It has helped the Premier league generate an incredible amount of revenue through TV rights, which now contribute more money than the ticket sales.

The recently sold rights for the 2013-2016 season is worth just over £ 3 billion. This incredible amount of money is being paid by BT and BSkyB for broadcasting live matches on TV in the United Kingdom.

The Premier league also gets a huge chunk of money by selling the rights abroad. However, this also has resulted in television companies moving fixtures around in order to provide the maximum live coverage possible. This has resulted in an increase of early kick-off, late kick-off, and Monday night football. The prospect of playing games on Friday night has also been discussed. The Premier league will soon be starting bidding process for the 2016-19 season TV rights, which are expected to fetch an even bigger income.

“Most fans think we’ve probably reached television saturation point and it’s not in the game’s interests to increase the number even further.

A 3pm kick-off on Saturday is part of the tradition of English football. We’ve lost some of that with the number of games that are now being moved, which many fans are unhappy about.But if it goes a step further so that you have got live television games up against the normal 3pm kick-off, it could have a very adverse effect on gates lower down the leagues and we would be opposed to that,” said Clarke.